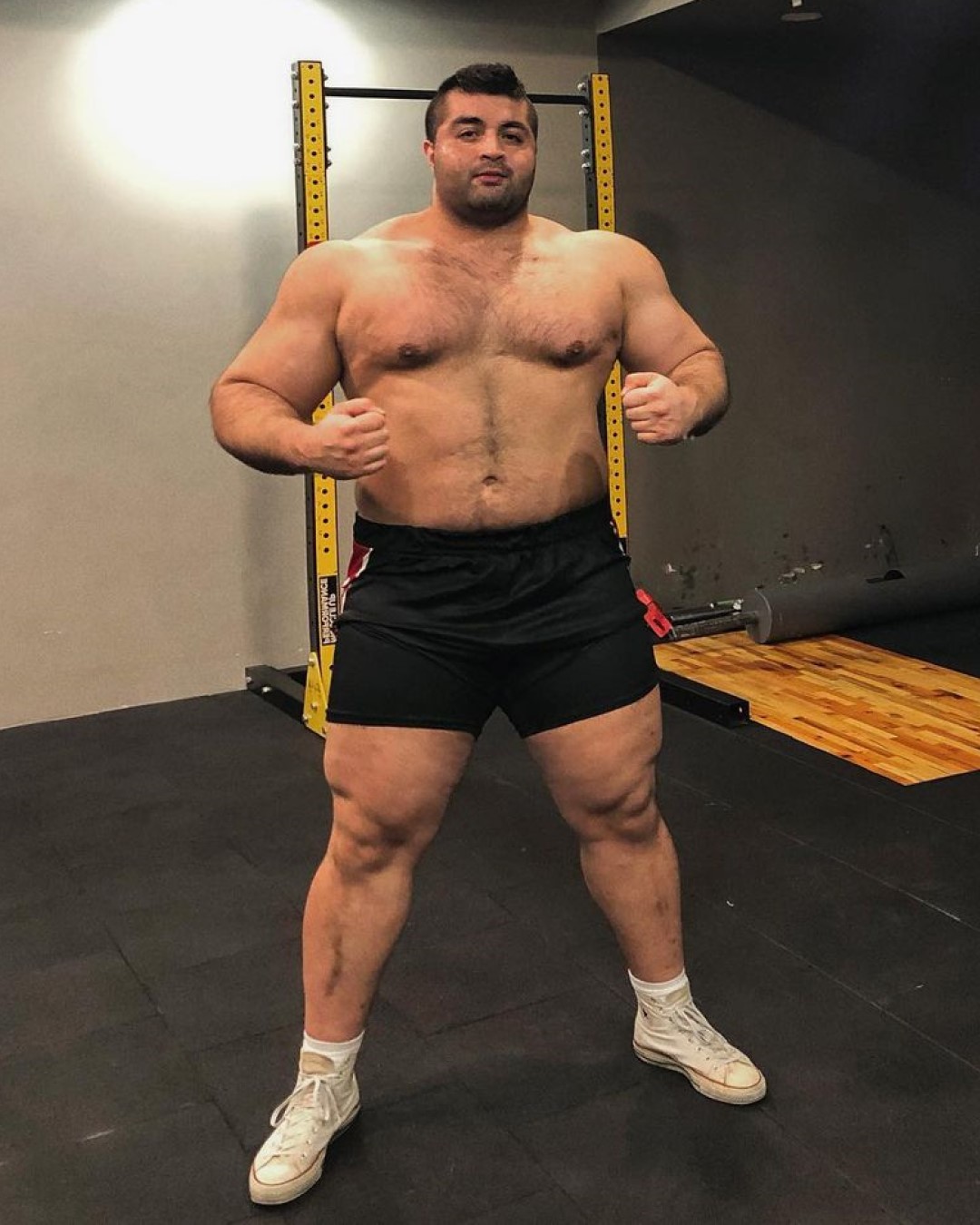 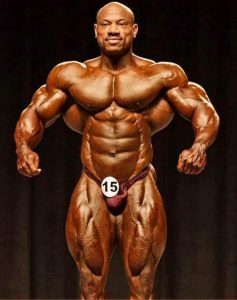 Dexter Jackson was born on November 25, 1969 in Jacksonville, Florida. His enthusiasm for physical activity manifested early in his life and he always took part in various sports as he was the most energetic of the 6 children in the family. When Dexter entered high school, he started running back and playing football, which he excelled at. At one point he managed to run 4.20 on the forty-metre dash, one of the fastest times in the country. Jackson was involved in other activities besides football at the time, some of which were gymnastics and breakdancing. Dexter was also a 4th degree black belt in karate.

When he finished high school, Jackson planned to go to college, but his girlfriend got pregnant and he decided to take care of his family. Dexter later moved into an apartment with his girlfriend and started working as a cook. Due to his athletic background and genetics, Dexter developed an impressive physique as he grew up, some of his friends immediately noticed and suggested he should consider competing in a local show. Jackson thought again and agreed. She started dieting and going to the gym to prepare for competition. Dexter, who took the stage for the first time in his life at the age of 20 after only 3 weeks of preparation, easily won the show. It was at that point that Dexter realized his potential in the industry and also realized the amount of success he could achieve by spending more training and dieting.

After winning his first local show, Jackson said he fell in love with bodybuilding as he started working out harder than before while preparing for other competitions in hopes of becoming a professional bodybuilder. It wasn’t long before he started collecting great results at different local shows, and soon after, he competed in his first National Physics show, the 1992 NPC Southern States Championship, and placed 3rd. After the competition, Jackson took 3 years off stage to devote himself entirely to training and diet so he could finally bring in the best version of himself and win the Pro card.

Dexter returned in 1995 and, after 3 years of hard work and discipline, took the stage again and was the host in the Light-Heavyweight category at the 1995 NPC USA Championship.

At this point, he has already set his goal to earn a Pro card and become part of the elite IFBB Pro league. The 1996 NPC Nationals started 6th in the Light-Heavyweight division and 2 years later surprised everyone by winning the 1998 North American Championships in both the Light-Heavyweight and general categories, eventually earning the Pro card. Dexter said that after winning the Pro card, everything got easier. Finally, he was able to enter the most prestigious competitions. For the few months after the 1998 competitions, he worked hard and dieted for his first professional show – the 1999 Arnold Classic, where he placed 7th. Jackson participated in 4 more competitions in the same year, the first being the Grand Prix England and 4th place. He continued his streak by placing 3rd, 9th and 4th at the 1999 Night of Champions, Mr. Olympia and World Pro Championships. Between 1999-2002, Dexter competed in 18 programs and achieved impressive results, finishing second in many competitions, but he wasn’t lucky when it came to lifting the trophy for winning positions. However, a streak of bad luck finished 2nd at the 2002 Grand Prix Australia and then, after several months of dedication and strict dieting, he took home 1st place at the 2002 Grand Prix England.

After winning, Dexter continued to collect impressive results, the 2003 Mr. He finished 3rd at the Olympia and won the 2003 Show – Strength Pro Championship. Over the next few years, Jackson dominated the bodybuilding scene, winning several of the most prestigious competitions, the Arnold Classic.

He placed #1 at the Arnold Classic’s 2005, 2006 and 2008 competition, but has also won a number of other shows including the 2004 San Francisco Pro Invitational, the 2007 IFBB Australian Pro Grand Prix, the 2008 IFBB Australian Pro Grand Prix VIII. and the 2008 IFBB Russian Grand Prix. It wasn’t long before the time to compete came to qualify for the Olympia, and after 8 tries, Dexter defeated champion Jay Cutler and won his first Mr. Olympia title in 2008. Needless to say, this was the highlight of Dexter’s career. This gave him additional motivation to push and defend the title further the following year.

After failing to win the first place in the next competition, he started 2009 by taking the 3rd place at the Mr. Olympia. Jay Cutler made an impressive comeback that year, arguably eclipsing Jackson’s efforts to retain the title in the best shape of his life. Despite his massive success, Dexter still wanted to win more titles and continued to do so by winning the 2011 FIBO Pro and the 2011 Pro Masters World Champion soon after.

By 2016, Dexter had won so many competitions that he became the bodybuilder with the most IFBB professional bodybuilding titles. 28. Jackson, when asked about his retirement plans, said he has no interest in retirement in the near future and plans to continue competing. Over the years Competing and fighting to win championships, Jackson has proven to be one of the greatest bodybuilders to have appeared on stage not only at IFBB and FIBO, but also at Olympia. Dexter Jackson has 1.6 million followers on Instagram under the username mrolympia08. 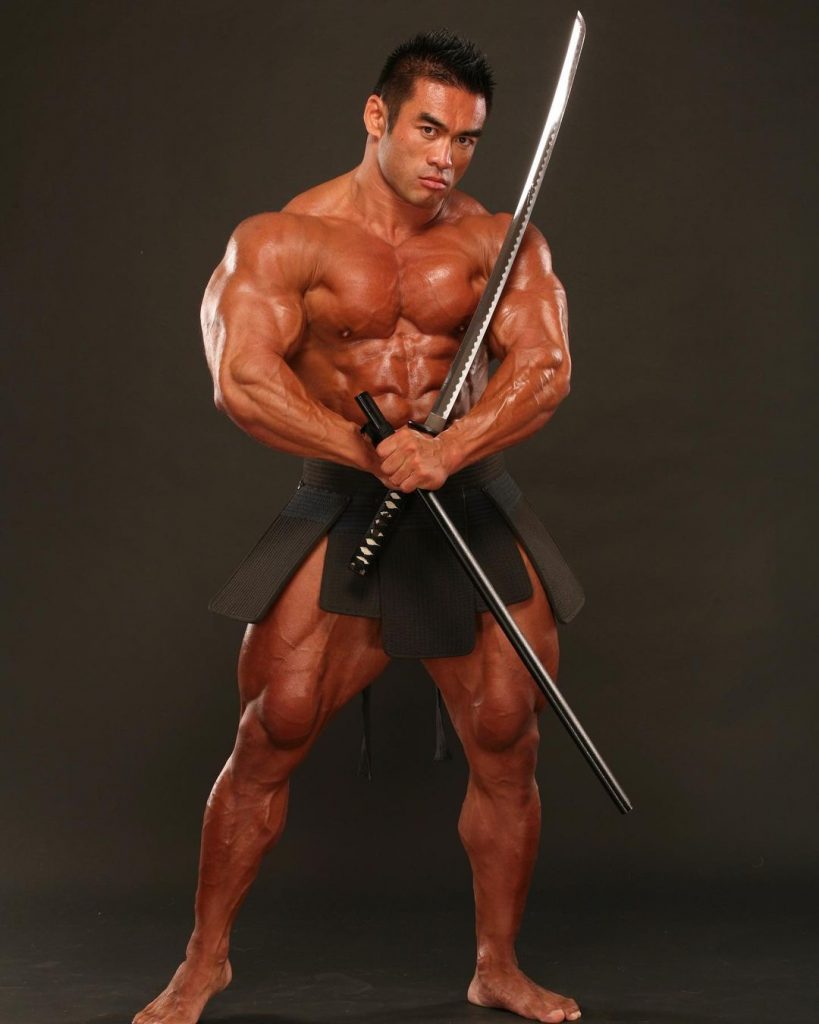 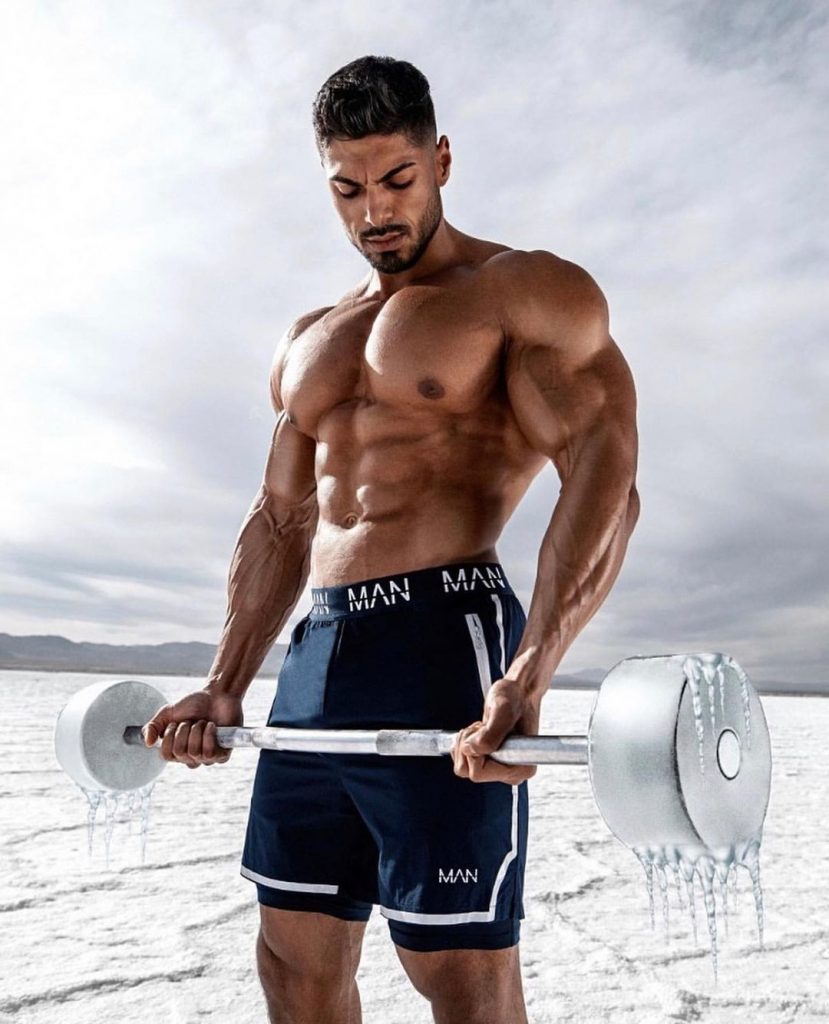 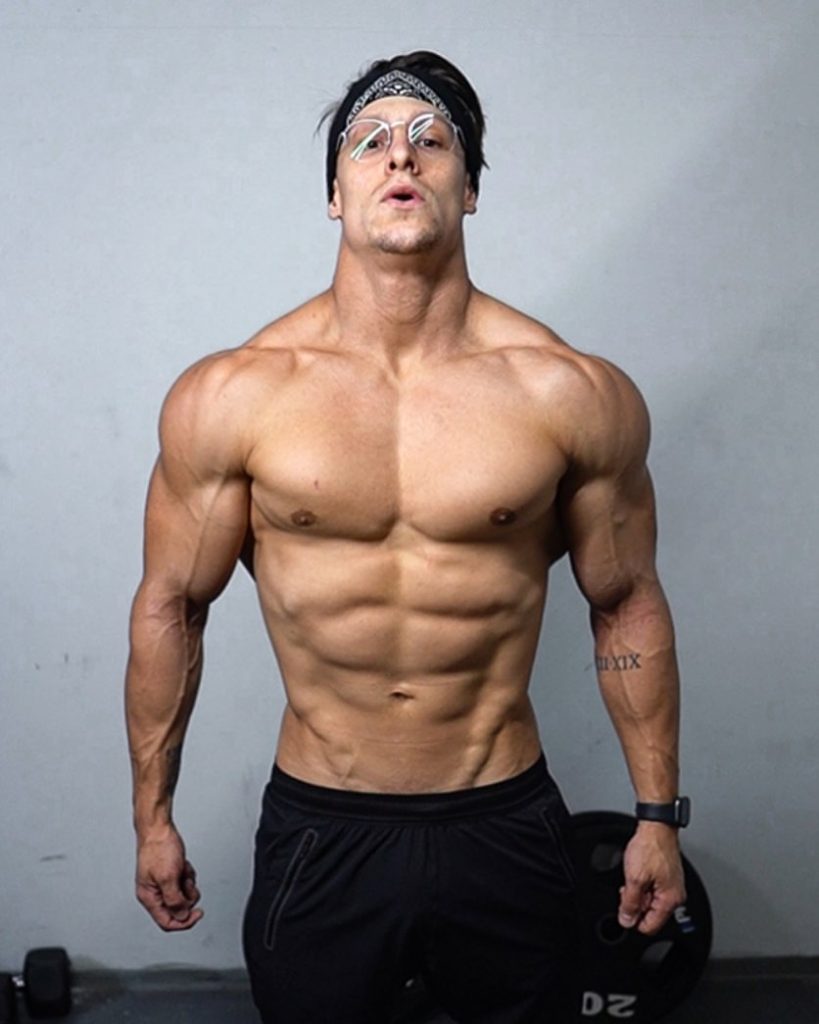 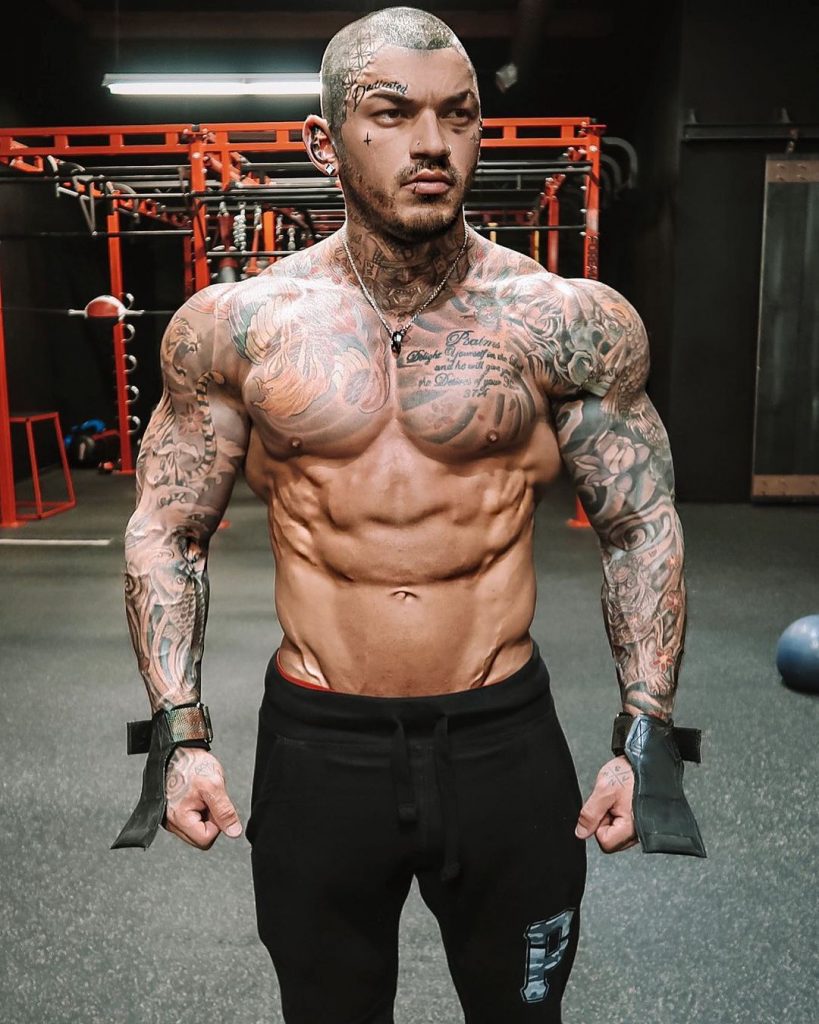 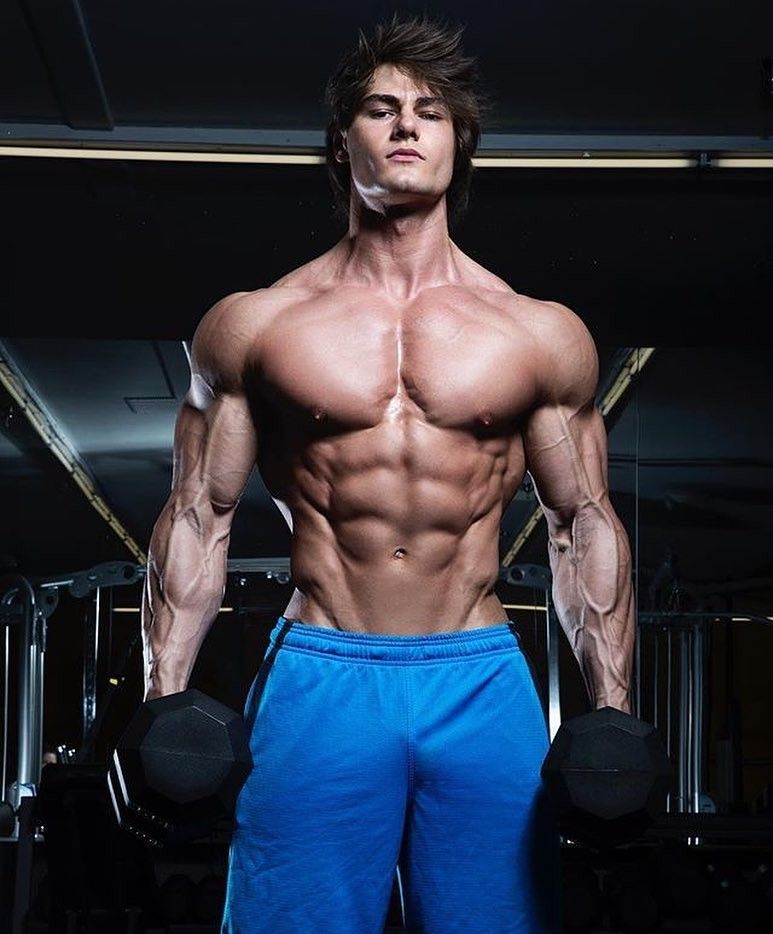