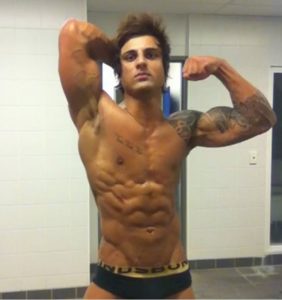 Aziz Sergeyevich Shavershian was born in Russia. He was known all over the world as Zyzz through social media. Most people knew him for his high-energy and fun personality. Aziz Sergeyevich Shavershian was a skinny boy when he was little. He decided to change himself thanks to his older brother, who was engaged in bodybuilding. As a result, he stopped being the skinniest kid in school and got an aesthetic body. Aziz Sergeyevich Shavershian was a successful entrepreneur. She started her own protein and clothing brand. He also published a book on bodybuilding. On April 4, 2010, the word Zyzz was defined in the Urban Dictionary as the “essence of aesthetics”. Zyzz continued to multiply its reputation by being active on social media and the internet. He was found dead in a sauna in Thailand in August 2011 at the age of 22. Doctors determined that he died of a heart attack due to a heart defect.